Talking Pictures TV is a brand new independent archive film and television channel, launching on Tuesday 26th May 2015, on Channel 343 on the SKY digital satellite platform.

I have had the extreme pleasure of working with the TPTV guys for a couple of months now, pre launch, mostly with social media // web build & content, and video promotion. This is the sort of start up involvement I LOVE!

Last week they featured on the cover of the SUNDAY EXPRESS Review Magazine – All our efforts are shaping up nicely. We have already been rewarded with a pile of positivity from the public and great success it seems is just around the corner; here are some further links and info to help you get familiar Talking Pictures TV.

Do you remember the thrill and excitement of Saturday Morning Pictures? Where heroes and villains and clowns and crooners, invariably in glorious black & white, would entertain you for hours. Now those glorious days return, and it’s not just for Saturday mornings. It’s twenty four hours a day. Every day!

So, grab your bag of popcorn and your drink on a stick, take your seat in the one-and-nines, and re-live some of the rarest gems from British film history; plundering the deepest and darkest vaults of Pinewood, Twickenham and Shepperton Studios to present a wide variety of nostalgic treats.

While, if it’s laughter you’re after, Carry On legend Sid James meets the Loch Ness monster in ‘What A Whopper!’, and all four of those Crazy People, the Goons, star in ‘Down Among the Z Men’. Married double act Arthur Lucan and Kitty McShane play mother and daughter in the Old Mother Riley comedies, while Bud Flanagan and Chesney Allen tackle Alastair Sim in the comedy heist ‘A Fire Has Been Arranged’. Stan Laurel and Oliver Hardy, the best-loved double act of them all, star in ‘The Flying Deuces’.

And that’s just the tip of the iceberg! Our schedule will include such great stars of British film as Richard Todd, John Gregson, Anna Neagle, Dennis Price, Dinah Sheridan, Tod Slaughter and Alec Guinness, all at the height of their fame. There is some of the earliest and most vibrant film performances of Michael Caine, Oliver Reed, John Mills, Leslie Phillips, Joan Collins, Jack Hawkins and David Hemmings; Norman Wisdom like you’ve never seen him before; and some unfairly neglected vintage work from film-makers David Lean, Muriel Box, Vernon Sewell, Joseph Losey, Ken Annakin, Hammer horror legend Terence Fisher, and James Bond directors Terence Young and Lewis Gilbert. This truly is the very best of British.

Talking Pictures TV – An Afternoon at the Pictures, Everyday. 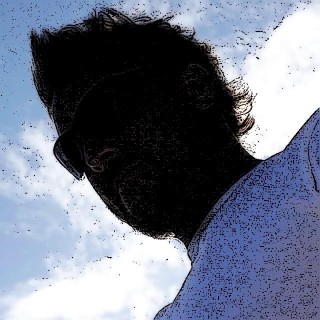